Mephedrone and HCV infection: how does the liver suffer? 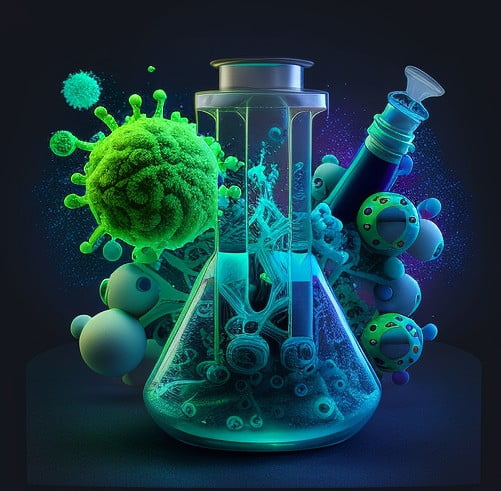 Back in 2016, the Lancet published an article stating that mephedrone-related deaths are on the rise in many countries, with death rates already nearly comparable to MDMA-related deaths. The strong addictive potential of mephedrone increases the risk of people being hospitalized in the future. According to data published in the journal Lancet Psychiatry, the younger the person, the higher the dose of mephedrone he or she took and the longer the mephedrone binge lasted.

The combination of new psychoactive substances has a negative effect on liver function. To date, there are no publications related to studies of liver enzyme levels involving mephedrone users. Only sporadic publications describe cases of acute liver failure after using synthetic cathinones.

One of the most common infections among users of various drugs is hepatitis C virus. According to statistics in the U.S., the prevalence in the population of active drug users ranges from 60% to 90%. Given that all cathinones (in particular mephedrone) have hepatotoxic effects, the presence of HCV infection in a person increases the risk of developing additional damage to the liver parenchyma several times.

A review of the various literature suggests that the NPS combination only blurs the clinical picture. It is often the case that people who use mephedrone actually take a mixture in which the actual amount of mephedrone is negligible and the bulk of the powder consists of toxic impurities that could potentially have hepatotoxic effects.

Given that people who use mephedrone often combine it with other psychoactive substances (including sedative benzodiazepines), one of the main goals of the present study is to find out whether any of these combinations increase the risk of additional liver damage and how likely HCV infection is to occur when different drug combinations are used. Among other things, the goal is to see if there are differences in liver enzyme levels between a group of people who use mephedrone in conjunction with alcohol, heroin, or benzodiazepines (including in the absence of mephedrone). Also, we found out whether there is a significant interaction in the group of people with HCV infection (whether there is an effect on ALT and AST levels).

Design and method of experimentation

Alanine transaminase (ALT) and aspartate transaminase (AST) were measured in the compared groups of patients. Anti-HCV antibodies were measured in the six compared groups of patients, namely those addicted to alcohol, heroin, or benzodiazepines, as well as in groups taking mephedrone alongside these psychoactive substances. Genetic material (RNA) of HCV was examined to confirm current infection.

Of the 330 patients, 34.8% combined the drug with alcohol alone, 25.8% with heroin, and 39.4% with benzodiazepines. Table 1 presents sociodemographic data for the study groups, identifying a significant association between the group and their gender and age. Table 2 shows data on the incidence of HCV infection in the compared patient groups; it is worth noting that there is a statistically significant relationship between the groups described. For example, the group using mephedrone together with alcohol had practically no HCV infection, in contrast to the group using mephedrone and heroin together. And in the group of benzodiazepine addicts, none of the patients were infected with HCV.

Table 3 shows us descriptive statistics of liver enzyme values. Patients addicted to heroin had significantly lower ALT levels compared to patients who used mephedrone. In the case of alcohol, no statistically significant differences were observed. Similar results are characteristic for AST values.

Those who were infected with HCV and heroin addicts had significantly higher ALT levels compared to those who were infected with hepatitis and used mephedrone in conjunction with heroin. Similar differences were observed in patients who were simply infected with HCV. It is noteworthy that when HCV infection was not taken into consideration, there were no statistically significant differences between patients addicted to alcohol and those who combined alcohol with mephedrone.

In our study, the rate of HCV infection in the heroin-dependent patient group is lower than in the sample study published by Roux (in which the rate is 35%). This may be due to certain factors. For example, the risk of HCV infection is higher in patients combining heroin with alcohol and cocaine, and in our study we studied patients addicted to heroin only. The effects of additional alcohol intake, such as disinhibition, loss of judgment, improved mood or depression may contribute to the involvement of patients in risky sexual behaviour and, consequently, there is an increased likelihood of HCV transmission.

A meta-analysis carried out in 2020 indicated that overuse of benzodiazepines can significantly affect cognitive functions. Cognitive deficits aggravate the difficulty in achieving lasting abstinence. Disturbances of consciousness resulting from the influence of psychoactive substances, aggression, or loss of control over one’s body may expose one to experience unwanted or risky sexual interaction. This may increase the risk of HCV infection. In view of the above, it seems necessary to develop a strategy to prevent benzodiazepine addiction, including patients on mephedrone binge. This could reduce the percentage of patients with HCV infection, and thus the associated morbidity and mortality. The level of information and knowledge about the risk of HCV infection should be much higher among drug users. Social prevention should take place in places frequented by people who use mephedrone and other substances (nightclubs, rave parties, on the street).

READ  General information about the toxicity of mephedrone

As the result of our study showed, high values of liver enzymes were characteristic of all groups additionally infected with HCV. Patient groups without co-infection did not differ in these indices. In addition, the group that was dependent on heroin or benzodiazepine (with simultaneous HCV infection) had statistically significant elevated levels of liver enzymes compared to the group of people who used mephedrone and were infected with HCV. The above result suggests that the significant factor is not mephedrone, but HCV infection itself, which independently influences the elevation of liver enzymes.