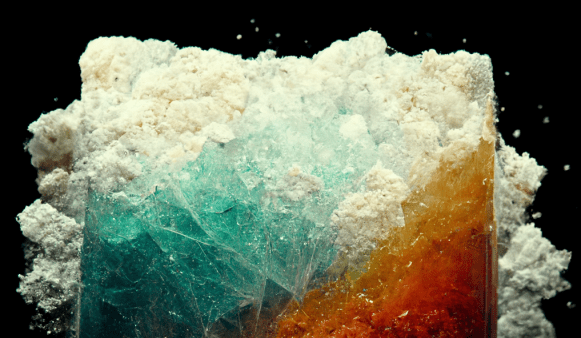 Mephedrone is often taken intranasally which means sniffed. If we talk about ingesting it then the effect comes on and intensifies more vivid. It is worth nothing you need about 2-5 times less substance for a psychoactive effect of the same strength.

The main disadvantage of the intranasal administration route is often considered by users to be a short action which is between 1 to 3 hours against 2 to 5 hours orally.

However, you might not face compulsive redosing while ingesting it. High tolerance users are not always easy to put 0.2 to 0.5 or more grams into the nasal cavity. The nose due to irritation and inflammation can be clogged from taking mephedrone. Impurities not absorbed through the membrane can clog and therefore settle inside. You cannot control what part of mephedrone is absorbed in the nasal cavity, and what part “falls through” into the gastrointestinal tract and is absorbed there.

It is less known that mephedrone simply erodes the nasal septum that separates the nostrils.

It is widely known that using cocaine can lead to the perforation of the nasal septum. Mephedrone in this sense is also dangerous, like many other PADs (psychoactive drugs). This may be due to both the causticity of the PAD itself and its poor cleaning. The solution of mephedrone hydrochloride is itself acidic, and during the synthesis, for example, concentrated hydrochloric acid is used.

Unlike the stomach, where the pH is 1.5 to 2.0, the nasal mucosa pH is less acidic with the average of 5.5 to 6.5. It is obviously possible to dilute something caustic with water in the stomach. The nose is only about 203 cm in volume. The septum is made up of soft tissues, cartilage and bone, and is usually not thicker than a couple of millimeters. Once perforated, it does not heal on its own. And its gradual destruction can be asymptomatic.

READ  How mephedrone is distributed in the human body during intoxication

Although signs of danger are often ignored by. Mephedrone almost always irritates the mucosa. The more unpleasant it is to sniff it, the more dangerous it is.

In addition to the direct destructive action, mephedrone causes indirect harm to the nose. It can lead irritated and swollen mucous membranes to bleeding, drying up and becoming clogged. It copes worse with infections. Therefore, you should not rinse your nose with tap water. To purify mephedrone “washing” with a solvent and carrying out recrystallization won’t keep you healthy. The same applies to the method of ingestion.

Join the discussion and tell us your opinion.