How mephedrone is distributed in the human body during intoxication 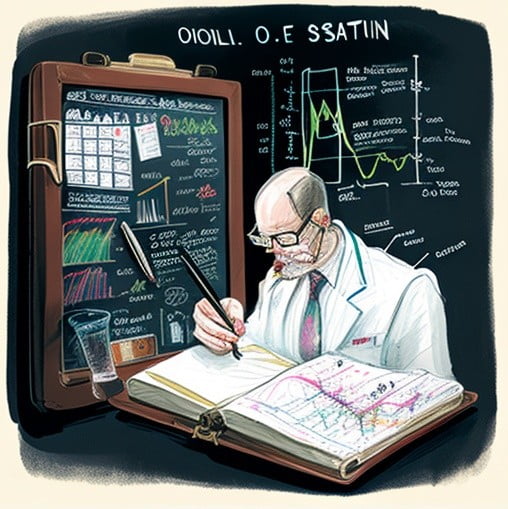 As known from various studies, the main enzyme responsible for the metabolism of mephedrone in humans is cytochrome P450 D6 (CYP2D6). The first phase of metabolism includes N-demethylation of the secondary amine (Normephedrone-NORMEP), reduction of the ketone moiety (Dihydromephedrone-DHM) and oxidation of the tolyl moiety (4-OH mephedrone-4OHMEP). As a result of the second (II) phase of metabolism, three glucoronic acid-conjugated metabolites are found, one of which is 4OHMEP-glucuronide. There are sporadic studies that have found that only NORMEP is a bioactive metabolite of mephedrone that contributes significantly to a particular profile of psychoactive effects. Multiple cardiovascular changes can lead to acute intoxication and high risk of death and are usually related to the catecholaminergic system. These changes include increased blood pressure, tachycardia, respiratory arrhythmia and respiratory distress, chest pain, and peripheral vasoconstriction of the microcirculatory vessels. In fact, various cases of acute and lethal MEP intoxication are described in different studies with analytically confirmation of only mephedrone in different biological fluids collected during autopsies.

It is necessary to emphasize the importance and necessity of developing and validating standard procedures for the identification of «parent» narcotic substances and their metabolites both in postmortem cases and in cases of acute intoxication without a lethal outcome, in order to collect and disseminate analytical data. In this way, the goal of containing the serious threat of new psychoactive substances to the health of drug users will be achieved.

The identification of metabolites of drugs is fundamental in order to better understand the drug’s pathway through the body and any related effects to active metabolites. We present the first case report of MEP intoxication with a simultaneous detection of its two metabolites (NORMEP and DHM) and the assessment of the three analytes distribution in post-mortem specimens collected during the autopsy. Our attention has been focused only on metabolites that do no undergo phase II glucuronidation reaction. And also added information about the long-term effects of mephedrone on the human body.

The man was 50 years old, weighed 72 kg and was 174 kg tall, and was homosexual and HIV-positive. The man was found dead in his friend’s apartment. According to the friend, they had consumed psychoactive substances together in order to have sex with each other. After the man consumed a white crystalline powder containing mephedrone, after one hour he complained of chest pain and vomiting, then he went to bed and fell asleep. Next, a friend noticed that his breathing was slow and heavy until 1 a.m. At 6:00 a.m., police officers found him lying unconscious, with a blue-purple discoloration of his facial skin — he was pronounced dead. The death was reported to the prosecutor, who took jurisdiction of the case. An autopsy was performed 48 hours after death: the external examination showed no signs of venereal disease or violent death, and the pathologist identified the time of death as between 1 a.m. and 4 a.m. Further autopsy revealed aortocoronary sclerosis and cardiac hypertrophy (heart weight about 430 g). Histological examination showed myocardial sclerosis in the septum, myocardial fibrofatty replacement.

The following biological samples were used for toxicological analysis: blood from the heart and femoral vein, brain, liver, lungs, kidneys, bile, urine, and hair. Peripheral blood was screened for volatiles by headspace gaschromatography with flame ionization detection. Central blood and urine were screened using immunoassay (EMIT) for drugs of abuse, including amphetamines, ecstasy, barbiturates, benzodiazepines, buprenorphine, methadone, cocaine, cannabinoids, opiates, valproic acid and phencyclidines. A comprehensive screening for pharmaceuticals and drugs of abuse, including NPS and fentanyl analogues (a total of 280 analytes included metabolites), was performed on samples using liquid chromatography-tandem mass spectrometry (LC–MS/MS) and full scan gas-chromatography-mass spectrometry (GC–MS). As a result of STA, the presented case screened positive for MEP and cocaine (and its metabolite).

To date, this report is one of the few that demonstrates the complete distribution of mephedrone and its metabolites in human bodily fluids and tissues in postmortem studies. Table 3 illustrates all of the analytes tested. Based on the data obtained, we can infer the calculated levels of mephedrone. According to our data, in non-fatal cases of mephedrone intoxication, a range of plasma concentrations of the substance from 80 ng/mL to 660 ng/mL was reported. Regarding lethal cases, mephedrone concentrations range from 1330 ng/mL to 22,000 ng/mL. Unfortunately, in most cases the authors do not specify where the postmortem blood was obtained, and often, completely different factors are given as the cause of death.

Case reports indicate that even at dosages which supposedly fall within recreational use limits, MEP combined with other drugs could also lead to death. Therefore, any particular value of MEP blood concentration can predict its toxicity. Keeping in mind the previous considerations, in the present case, focusing attention on peripheral blood result, MEP concentration was tested at 1080 ng/mL: MEP concentration was slightly lower than in the cases previously reported, where no other drugs were found to play a role in the intoxication (1330 and 22,000 ng/mL); however, it should be noted that unfortunately some studies do not specify where the post-mortem blood was collected. In the present report, other pharmacological substances in the intoxication range were excluded and were not the cause of death. Analysis of the deceased man’s hair showed the presence of cocaine at a concentration of 35 ng/mg, as well as its metabolite BEC at 3.7 ng/mg. This concentration indicates that the deceased man had been using cocaine for two or three months prior to death.

The results of histological examination show cardiac hypertrophy and necrosis of constriction bands with focal adiposity of myocytes. Based on the findings, we can assume that the cause of the man’s death was acute mephedrone intoxication in a subject who had cardiovascular disease (including even chronic cocaine use led to organ damage). In our analysis, we paid attention to the distribution of mephedrone in the various species we analyzed. In Table 3, we can see that mephedrone concentrations obtained from cardiac and peripheral blood are significantly different, with values of 1632 ng/mL and 1088 ng/mL, respectively.

The redistribution phenomenon is known to complicate the analysis and interpretation of quantification of metabolite levels in postmortem toxicological studies. In our analysis, we found that mephedrone concentrations in cardiac blood were one and a half times higher than in peripheral blood. Such differences can be explained by the appearance of PMR phenomenon, which can be divided into three types: redistribution from drug reservoirs; agonal and cadaveric phenomenon; and biochemical and pharmacological characteristics of analytes. Moreover, the central region of the body may undergo an extended PMR due to the presence of mephedrone in the left and right lung, which is a kind of reservoir of narcotic substances diffusing into body fluids and tissues.

For the brain, mephedrone concentrations of 1596 ng/g were determined, and the distribution of the two mephedrone metabolites in the various samples collected was assessed. The range of metabolite concentrations ranged from 9.5-740 ng/mL (ng/g) for NORMEP and 15.4-169 ng/mL (ng/g) for DHM. The presence of NORMEP and DHM was confirmed in central and peripheral blood, liver, lung, urine, and kidney. In brain samples, NORMEP was detected at a concentration of 15.6 ng/g, while DHM was absent. None of the listed metabolites was detected in bile, indicating very low tropism to this biological fluid. In spite of this, the C/P blood ratio showed the following results: the concentration in the central blood was 3.17 times higher than in the peripheral blood. Table 3 shows the MEP/NORMEP and MEP/DHM ratios. As shown in Table 3, the mephedrone concentrations were much higher than those of its metabolites, except for DHM in urine and liver with a MEP/DHM ratio of 25.85 and 6.38, respectively.

READ  Mephedrone and HCV infection: how does the liver suffer?

Given current data, it can be concluded that despite the availability of mephedrone control, the abuse of this substance remains a public health problem. This publication presents a complete validation of a specific sensitive method for the simultaneous qualitative and quantitative identification of mephedrone and its metabolites in postmortem biological fluids and tissues. Metabolite concentration values combined with maternal concentrations greatly aid in the interpretation of the cause of death associated with acute mephedrone intoxication and contribute significantly to the sparse data reported in the international literature.

It is critical to develop an algorithm for the analytical procedure related to toxicity, as well as to expand the windows of qualitative detection of psychoactive substance metabolites. The detailed studies of metabolites quantification and their distribution provides a background for interpretative post-mortem toxicology assessing MEP role in cause of death in forensic cases. The complete characterization of synthetic cathinones profiles (parent drug and metabolites) required further pharmacokinetic studies to reach a better interpretation both in clinical and forensic cases. Our case proves that a fundamental role in identifying the correct cause of death is the evaluation of toxicological findings together with histopathological changes.