General information about the toxicity of mephedrone 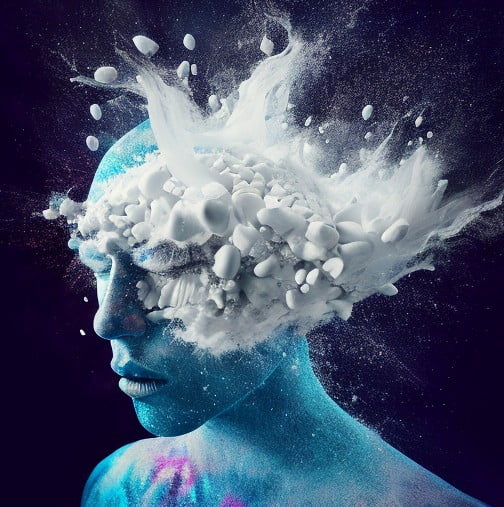 Mephedrone (4-methylmethcathinone) is a synthetic psychoactive substance of the cathinone group that has been used as a recreational drug in Europe and elsewhere since 2007. Although there is a fair amount of scientific work available, there are no formal human studies to determine the acute toxicity of mephedrone, but a number of data describing the acute toxicity of 4-mmc can be found in various journals and discussion forums. This review describes the data triangulation process method as a way to get an overview of the acute toxicity of mephedrone and to compare the results with other similar psychostimulant drugs. Initially legally available throughout Europe, in April 2010 it became regulated in the United Kingdom under the Misuse of Drugs Act 1971 as a Class B substance, and in December 2010 the European Council placed mephedrone under regulatory action.

Usually (not including illegal distribution) mephedrone is purchased as hydrochloride in sealed plastic bags that are labeled ‘not for human consumption’ or ‘research chemical’. Use is predominately by nasal insuffulation, although some users report that this is associated with significant unwanted nasal effects, and therefore some individuals may dissolve it in water/other drinks or swallow the powder wrapped in paper (known as ‘bombing’).

Limited and inaccurate sources of information on the toxicity of mephedrone

Relevant data on the acute toxicity of mephedrone can be found in a number of sources: user reports on forums, surveys of users in certain populations, information from regional and national toxic substance and poison research services, and emergency room case reports. The main limitation of a number of these data sources is that they are based on self-reported mephedrone use, and therefore there is the potential that whilst the individual believes that they have used mephedrone, they may in fact have used a different compound. Furthermore, mephedrone use may be part of a multi-drug repertoire, so some or all of the undesirable effects described may be attributable to other drugs rather than mephedrone. Although caution should be exercised when considering these data sources, it is possible to combine information from the various data sources to produce an overall summary of acute toxicity associated with mephedrone use. In terms of information from the US on “mephedrone-related toxicity” presenting to the Emergency Department, these reports typically are of toxicity related to the use of “bath salts”. Whilst some of these products may have contained mephedrone, a significant proportion will contain other novel psychoactive substances. Therefore it is not possible to extrapolate the data from these reports to incorporate in our wider assessment of the toxicity of mephedrone. Most often, one of the first sources of information about mephedrone’s acute toxicity are user reports on relevant forums, and the reports themselves may be supplemented by subpopulation surveys of users, which collect information on adverse effects. Given the findings, the overall adverse effect profile includes the following list: headache, inability to concentrate, inability to concentrate visually, memory problems, altered level of consciousness, irritation in the nose, nosebleeds, increased body temperature (‘mephedrone sweat’), chest pain, nausea, vomiting, discoloration of limbs and joints, palpitations, tremors, seizures, strange behavior, restlessness and anxiety, excessive hyperactivity and agitation, insomnia, nightmares, hallucinations, delirium, erectile dysfunction.

In a survey of about 900 people who self-reported using mephedrone, we obtained data on the frequency of the above unwanted effects, which are distributed as follows:

A survey of Scottish students showed that 56% of those who have used mephedrone before have experienced at least one negative effect related to its use. In a survey of 1,506 internet users who have used mephedrone (previously or currently) about 28% reported significant negative reactions. Also, the questionnaire included a specific set of questions related to the presence of positive and negative subjective effects of mephedrone use, and the researchers attempted to standardize the frequency of the effects by rating them using an analog scale of 1 to 9 points. The highest frequency–intensity effect was bruxism (frequency–intensity effect product 5.1), next body sweats (4.4), heart racing (3.8), overheating (2.8), tremor (2.6), shortness of breath (1.9), headache (1.4) and chest pain (0.8), forgetting things (3.5), restlessness/ anxiety (3.3), paranoia (1.4), panic (1.2), agitation (1.4), visual hallucinations (0.8), auditory hallucinations (0.5) and aggression (0.2). There are a number of published reports from regional poison information services in Great Britain and Sweden that list the following unwanted side effects: tachycardia (present in 54% of these cases), restlessness (37%), mydriasis (25%), hypertension (14%), anxiety (14%), agitation/aggression (24%), tachycardia (22%); anxiety (15%); confusion or psychosis (14%), chest pain (13%), nausea (11%).

As for analytical identification of the presence of mephedrone or its metabolites in biological samples of people, only 60% of those admitted to emergency departments with acute mephedrone intoxication had only 4mmc metabolites identified, in the remaining cases such substances as MDMA, MDA, MDVP, aPVP, caffeine and amphetamine were identified in the biological matrix. In another series of 89 emergency department contacts in Aberdeen related to the mephedrone use report, only 33% of patients reported using mephedrone alone, 30% used mephedrone in conjunction with alcohol, and 35% used mephedrone in conjunction with other psychostimulants or tranquilizers after use. Unwanted clinical effects requiring medication correction were reported in only 62% of those who sought help. Based on the clinical data published, a proportion of patients in this group will have had potentially clinically significant hypertension or tachycardia based on our pre-defined criteria above, however this is based on the range rather than actual publication of the proportion with clinically significant findings.

READ  An observational study of the effects of mephedrone on humans

In 2010-2015, various studies related to the pharmacological mechanisms of mephedrone activity and acute toxicity mechanisms were actively pursued. Summarizing the results, it can be stated that mephedrone inhibits serotonin (with an IC50 value of 0.31 μM) and dopamine uptake (IC50 value = 0.97 μM), and mephedrone has an affinity for 5HT2 and D2 receptors. An in vivo model shows that mephedrone use increases dopamine concentration by 496% (in nucleus accumbens studies) and serotonin concentration by 941%. Since the passage of the state mephedrone control law, there has been much debate as to whether it leads to a reduction in use or harms associated with distribution and use. Recent evidence suggests that mephedrone use continues in many countries despite many bans. Many point to the fact that the emergence of controls has resulted in a decrease in the quality of mephedrone on the market and an increase in its price. Following the widespread media interest and increasing data available in the medical literature on mephedrone, more healthcare professionals will be aware of mephedrone and its effects, and therefore may not access poisons services for advice. There is the potential that whilst there is ongoing use a reduction in purity has meant that individuals are exposed to less actual mephedrone and therefore less at risk of acute toxicity. There is the need for more work to determine the true overall impact of the control of mephedrone both currently and over time.

All of the studies described above suggest that mephedrone (4-methylmethcathinone), is common in Europe and the USA almost as much as other classic drugs. The combination of available research on the acute toxicity of mephedrone suggests that the pattern of acute toxicity is similar to that previously described for amphetamine and MDMA. Further work is needed to determine the true impact of the control of mephedrone to help legislative authorities and other interested bodies determine how to manage other emerging novel psychoactive substances in the future.

READ  Mephedrone and HCV infection: how does the liver suffer?